Newsweaver named one of the Best Places to Work 2015

Newsweaver has been named as one of the Best Places to Work 2015 in the SME category listing published by The Great Place To Work Institute Ireland on 25 February 2015. This is the first time the company has submitted an entry for consideration and has been ranked among the top tier of places to work in the country, which is a fantastic achievement.

This prestigious accolade was presented at the Great Place to Work Awards in the DoubleTree by Hilton Hotel, Dublin on Wednesday 25th February. The event was attended by Minister for Public Expenditure and Reform, Brendan Howlin T.D., who acknowledged the great accomplishment of all organisations present, saying:

"I would like to congratulate all of the workplaces that participated in the Great Place to Work Awards 2015. These awards reflect the hard work, commitment, drive and innovation of a diverse range of workplaces. They also recognise the importance that is placed on creating a positive atmosphere in which employees can thrive and excel. The Action Plan for Jobs 2015, which was published last month, is the next step in the Government’s multi-annual process aimed at ensuring that jobs creation remains a priority and that we deliver full employment by 2018, continuing to build on Ireland’s reputation for its talented workforce." 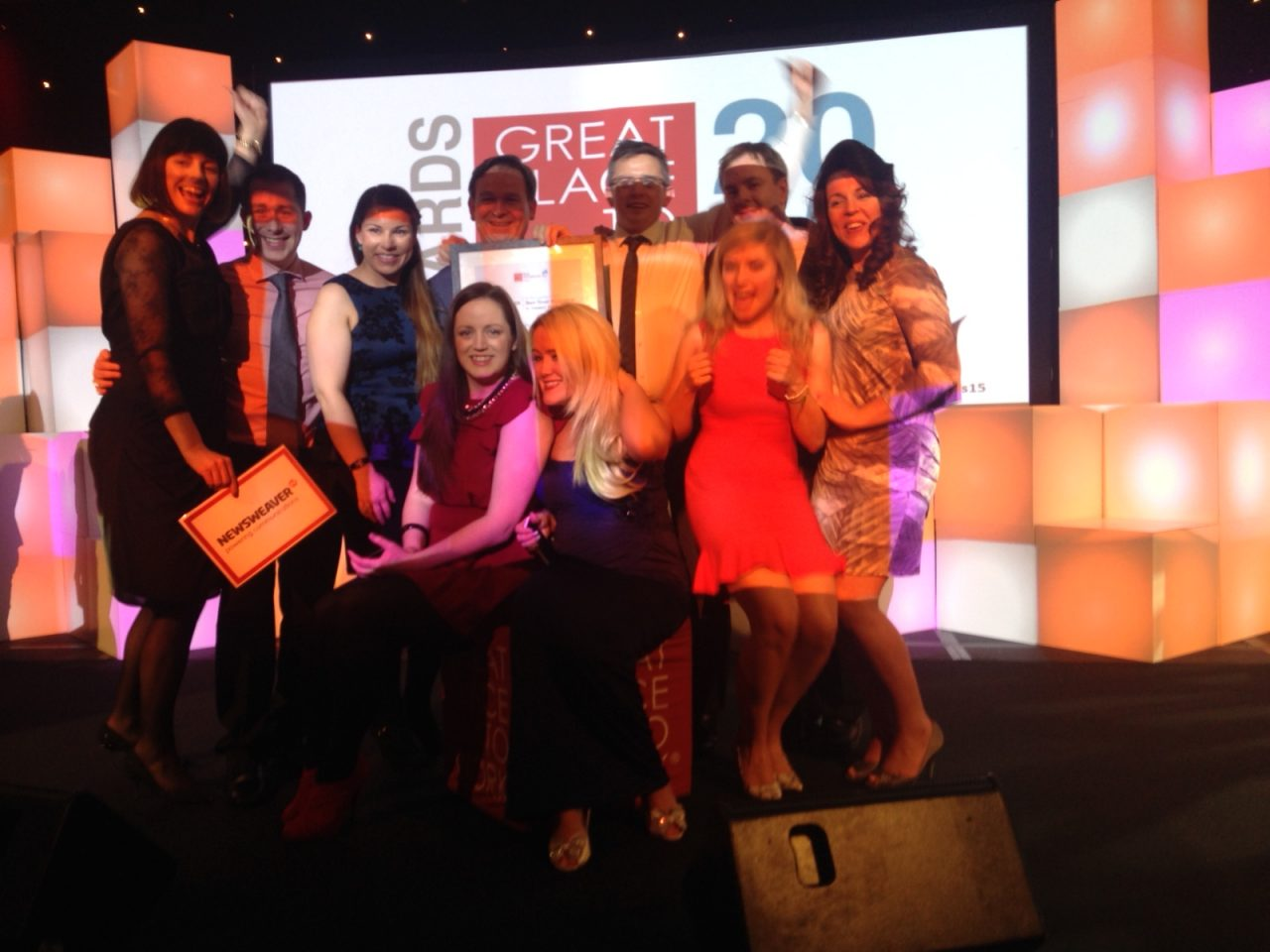 Companies are ranked in order on each of these lists primarily on the basis of the confidential input from the employees. Two-thirds of each workplace's score comes from the results of the Trust Index Employee Survey, with up to one-third of the remaining marks based on a thorough assessment by GPTW of a company-wide Culture Audit.

Commenting on the fantastic achievement for all 59 organisations that have been recognised this year, CEO of Great Place to Work Ireland John Ryan said that -

“With significantly more organisations putting themselves forward to be assessed and benchmarked this year, being accredited as a great workplace is an even more relevant marker of performance than ever. We believe that in time, being accredited as a ‘great workplace’ will be seen as an expectation from employees who believe this is the standard that should be provided. In fact, new graduates from universities today believe that they deserve to work at a truly great high trust workplace – and if they find that it doesn’t reach that level, they will simply leave, often to a competitor. No longer is being ‘great’ a nice bauble to have – rather, it is essential in the race for talent, and to ensure you have a high performing organisation that is leveraging their people talent to compete locally and globally.”

The 2015 full list of listed organisations and award winners, as well as past years’ rankings, are available at www.greatplacetowork.ie.