Ch-ch-changes: If you could change anything about yourself, what would it be? 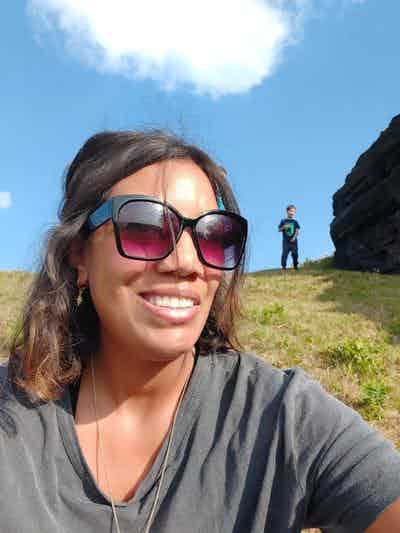 I look around, trying to size up the faces around me. I’m not nervous; I’m waiting expectantly for my turn, trying to listen in on other responses as mine fizzes on my tongue.

It has to be perfect. Like in a job interview when they ask what your biggest flaw is, and you deliver a stunning summation with the perfect level of self-deprecation, undercut with how, in fact, talented you are.

I’m an absolute perfectionist, you’ll say. I hold myself and others to impossibly high standards which means my work is always impeccable. It really infuriates others, you’ll qualify, leaving the suggestion that no-one hustles as much as you do lingering in the air like the smell of a Sunday dinner.

I hate the word hustle. When did it move away from its nefarious connotations? When did it become the word du jour for the communications world? When did we turn into The Wolf of Wall Street?

But I am here, in this circle, ready to spill my guts. And the working world hasn’t yet entered my stratosphere.

She looks me dead in the eye, and delivers the question once more, as if at some point in the past half hour, I have somehow forgotten what it is. As if I will just make it up on the spot and haven’t been turning it over in my mind.

As if she is a game show host and offering a new car and a holiday to Barbados if I just get the frigging answer right and everyone is looking at me.

“If you could change absolutely anything about yourself,” she says, tasting the words as if they’re a delicious entrée, “What would it be?”

I smile and start to trot out the answer I’ve rehearsed, about how I blame my lack of upper body strength on my perceptibly long arms and how people tell me I could be a model, but well, actually if I could change anything, it would be my arms, but you know, not by a huge amount, maybe just…

“What about your skin?” She cuts me off.

I am 14 years old and the only pupil in the room who has been asked this question by my drama teacher.

“Would you change the color of your skin?”

I pass it off as a luvvie arts teacher trying to spice up circle time. What is up with these confession sessions anyway? It’s like drama teachers think harnessing the power of a circle will stop you asking questions about the validity of the content.

Anyway, the suggestion hangs in the space between us. She – my teacher – sees my color as a flaw I’d want to get rid of. It’s something cosmetic, superficial, to be bettered by surgery.

There is a beauty we’re all aspiring to in this room, in this circle, as we consider how we’d tweak our appearance and until this moment, the whiteness has gone unsaid.

But you know, my brownness is my normality. When I’m the only person of color in a room, I think: this environment is old-fashioned or not progressive. When I see recruiters hiring exclusively white people, I think: Wow! how small-minded. Whilst inevitably in comms – where 91% of the workforce is white – it’s the reality, it’s not my reality. It is something to be altered, to be bettered.

I’ve had lots of debates around my brownness since George Floyd was ruthlessly murdered. Mostly people trying to tell me that the UK is a tolerant, not at all racist country.

That those few Stone Island clad bigots are in the minority. That white privilege does not exist. That they do not see color. That the police have no choice but to profile ‘roadmen’ because they’re the perpetrators of crime and as it just so happens, they are also black.

They appreciate my negative experiences are because I’m a POC, only, in their interpretation, the c stands for circumstance rather than color. They’ve been the only white person in the room; when they were younger all their friends were black and now they’ve got some distant relation who married a black guy and moved to Canada so they don’t know what all the fuss is about.

Then they ask me what I’ll do about it.

I'm right back to being that 14-year-old in school again.

Looking Ms. Would-You-Change-The-Color-Of-Your-Skin dead in the eye as I taste my words.